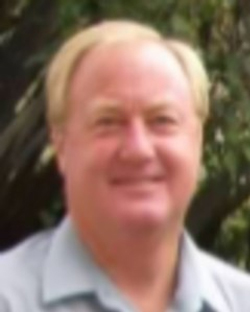 January 16, 1949 – August 30, 2021 James Thomas Lutjens was born in Whittier, CA on January 16, 1949. He grew up in Hacienda Heights. He had a love for all things automotive, and purchased a Model A, the first volunteer fire engine of Temple City, as his first vehicle. He enlisted in the Navy in 1969, serving as an airman stationed in Patuxent River, MD and Adak, AK. Upon discharge, he studied and worked in aircraft mechanics before turning back to his love of cars, making a career in automotive sales. Jim married Michelle "Mickie" Styner in 1970. They raised three children as long time residents of Alta Loma. In his retirement, Jim was an avid bicyclist, sometimes biking up to 100 miles at a time. Jim was known to be fun loving, adventurous, and persistent. A proud family man, he leaves behind his wife, Mickie; three children, Lindsey (Medina), Jamie (Yanik), and Benjamin; two sons-in-law, Jason Medina and Vincent Yanik; and nine grandchildren, William Medina, Robert Medina, Steven Medina, Elodia Medina, Aaron Yanik, Alexis Yanik, Jordan Yanik, Audrey Lutjens, and Violet Lutjens. Jim’s family and friends will be gathering in Newport Beach, one of his favorite spots, to celebrate his life.