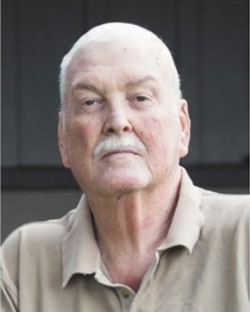 Major General (ret.) James William Monroe, 68, born Aug. 15, 1951 at Warner Robbins AFB, GA died on April 23, 2020 at his home with family present after a courageous battle with cancer. Jim was preceded in death by both parents, William Lloyd Monroe (Leesburg, FL) ASAF 1959 and Mae Jeanne “Sandy” Cooley Dimmick Sanders (Sioux City, SD) WAC, survivor of Pearl Harbor 2004. Survivors include a sister, Patricia Jeanne Monroe (Ray Luhrsen) of Huntington Beach, CA; wife Rebecca (Becky) Suzanne Lofton of Grand Terrace, CA; children Heather Lynn McClure (Daniel) of Colton, CA; Kimberly Rebecca Monroe (Brady Black) of Austin, TX; and SPC(P) William James Monroe (Summer) of Fort Polk, LA; grandchildren Chloe Elizabeth McClure and Jesse James McClure of Colton, CA and Alice Weeteling of Hesperia, CA. Upon graduation from San Gorgonio HS, class of ’69, Jim, highly patriotic, enlisted in the Army at 18, and served in the 101st Airborne/Ranger during the Vietnam War where he sustained a traumatic injury resulting in the loss of both legs. Never letting his injury hamper or define him, he returned home and applied himself to a lifelong passion of education, receiving BAs from CSUSB in History and Political Science. Jim was also a founding member of Untied Vans Berdoo, serving as President for several years. He was the Associate Editor of Van and Trucking News, a job that allowed him to travel around the country a bit. Jim served in the CA State Military Reserves for a number of years, and later the Oklahoma State Volunteers. In 1982, while serving as a TA (teacher’s aide) for a Model United Nations class at CSUSB and working on his Masters in International Relations, Jim met the love of his life, Rebecca (Becky) Suzanne Lofton, and they married on July 21, 1984. Jim started working for Defense Investigative services while Becky began her teaching career. A few years later they started a family, and they raised their three children in their Grand Terrace home, with Jim staying home to care for the wee ones. Jim was active in PTA, restoring military vehicles, and later became involved in Boy Scouts as an Assistant Scoutmaster. He enjoyed knife making, leather working, painting miniature metal soldiers, WWll re-enacting, and reading. Jim could be daunting and stern but had a very generous, loving spirit. He made friends easily and was fiercely loyal and protective, leaving friends scattered across the U.S. He loved to travel, always ready to take a road trip. Having lost his father at a young age and a mother forced out of necessity to work, the care of his little sister fell to him. They had a very close relationship, a bond that would last his lifetime. He never balked and readily let Patti go with him wherever he went, and she remains forever grateful for their relationship. He was a devoted and highly supportive husband of 35 years to his wife Becky. After the births of their three children numerous family vacations would ensue with a favorite destination of Monterey, CA. He adored his children and took to fatherhood readily. As a stay-at-home provider, he took an active participative role in each of their lives, instilling patriotism, integrity, honesty, loyalty, support, involvement, service, a hard “do not quit” work ethic, education, honor and love. He was fiercely independent and didn’t let his injury stop him from any passion, activity or involvement. He had a quick wit and a dry sense of humor. He rarely smiled in pictures. He is already greatly missed.