Written by Night For Vets on October 7, 2019. Posted in Gone But Not Forgotten 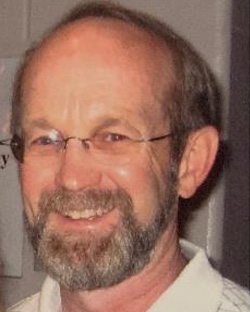 Dr. James Wild PhD, 73, of College Station, passed away on August 14, 2019, in Bryan, TX after a 17-year battle with Parkinson’s disease, associated dementia and it’s later stages. There will be a celebration of Dr. Wild’s life at Christ United Methodist Church. Jim was born on November 24, 1945, to Robert Lee Wild and Elleta Wheeler Wild in Sedalia, MO.

He graduated from UC Davis where he earned a BS in 1967. In 1971 he earned his Ph.D. at UCR. Following his graduation, he served as a Lieutenant in the Navy for three years. While in the Navy, he married Lt JG Ann Brenner in 1973.

In August of 1975, Jim came to Texas A&M Univ. to teach biochemical genetics to Aggies which he did for 37 years. He had an active research program while shepherding numerous Ph.D. and Master Degree students. He also taught hundreds of undergraduates. In addition to research and teaching, he served as an Associate Dean of AG and Life sciences from 1988 to 1992. He was a Professor and Head of Biochemistry and Biophysics from 1994 to 2000. The year 1984 brought a new member to the family, daughter Kalli Wild. Jim was an active dad in rearing the apple of his eye. He encouraged her in sports, school, dance and singing, and poured his heart into fatherhood. He had an amazing sense of humor and could quickly turn any stranger into a friend. "Every person has a story, and every story deserves respect" was the motto he lived his life by.