Written by Night For Vets on January 20, 2020. Posted in Gone But Not Forgotten 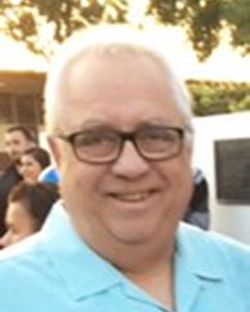 James (Jim) Henry Roberts, 74, of Upland, California, passed away on January 5, 2020. He was born in Harriman, Tennessee on October 16, 1945 to Juanita and William (Toad) Ernest Roberts. Jim graduated from Cal Poly Pomona and worked for the California Conservation Corps for 26 years.

Jim was in the Air Force and spent part of his time stationed in Japan. He enjoyed coaching football at various times in his life and attended many an Upland High School football game in later years. He loved watching NASCAR racing, going to the Colorado River, and even took a flight on a P-52 out of Chino Airport.

Jim is survived by his loving wife, Carla, and sons Scott and Chad (Dana), daughter Laura (Michael); four grandchildren, Elizabeth, Serina, Devin and Brock; and one great grandchild, Leona. He has two step daughters, Brenda (Matt) and Sandra (Andrew) and one step-grandchild, Chloe. He is also survived by his beloved dog, Dottie, his daily companion for the last 5 years.