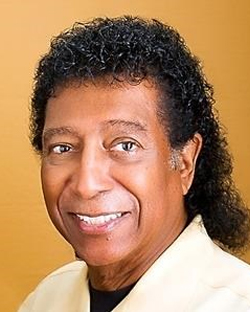 July 29, 1932 – September 21, 2021 Riverside- James Carl Sommerville Sr., age 89, died Tuesday, September 21, 2021 at Riverside University Health System Medical in Moreno Valley, CA. He was born July 29, 1932 in Philadelphia, PA, the son of James W. Sommerville and Rosemary (Blango) Sommerville. He graduated from Northeast HS in Philadelphia, PA in 1949. James married Pauline (Fred) in San Bernardino, CA in 1955. James served in the USAF for 23 years after enlisting in July 1952. He actively served during the Korean War and during the Vietnam War until USAF operations ceased in 1971. His USAF specialties were base inventory management, supply systems, remote operations, and management for AF supervisors. He was honorably discharged from USAF in 1975 with a rank of Technical Sergeant. He graduated from Cal State San Bernardino with a degree in Sociology in 1976. He worked for the Department of Social Services in San Bernardino as a social worker for another 30 years before retiring at the age of 70. In addition to his employment, his life’s passions were doing Christian service and rendering art. James was known for his compassion, and attention to detail in serving his clients who were in crisis. He was a consummate artist with an incredible gift to render images using a variety of media. For many years James was an active member of St. Paul A.M.E Church in San Bernardino, CA. He was a devoted father of nine children. He had seven children from his first marriage: Lenora Tsegga, Paula Coleman, James (Jr.), Jerry, Dennis, Paul, and Ronnell Sommerville. James married Betty Ann (Moore) Sommerville in San Bernardino in 1969. He had two more children from this marriage: Muriel, and Pernella Sommerville. James was pre-deceased by his wife, Pauline, by his father, James W. and by his mother, Rosemary, by his son Ronnell, by his brothers Raymond and Frank Sommerville. James is survived by his sister, Yvonne Allen, York, PA, by his faithful, loving, devoted wife, Betty, nephews, nieces, eight children, thirteen grandchildren, a great-grandson, and host of grand nephews, grand nieces. His legacy of sacrifice as an airman, as a soldier for Christ, as a loving husband and father, and as a gifted artist will never be forgotten.