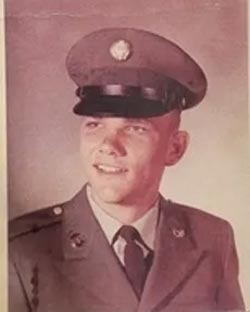 Being a grandfather was a tremendous honor to him, he loved the memories and time he spent with them He left behind five grandchildren; Isabella Flamel, Caleb and Isaiah Wisinger. Branden and Brooklynn Wisinger. His four great-grandchildren were a source of amazing pride for him; Reileigh, Ellie and Wade King. and Bennett Murray.

He was a proud Vietnam Veteran and Teamster, he was also an original member of the Inland Vans Berdoo Club.

“I cherish the memories of a question my Grandson asked me the other day when he said, Grandpa were you a hero in the war? Grandpa said no, but I served in a company of heroes.” Major Dick Winters, Band of Brothers