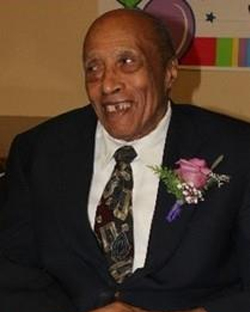 Born January 13, 1922 in Blythe, CA, he passed away on September 21, 2020 after a valiant battle with dementia. He and his wife Montez McKenzie of 68 years lived in Rubidoux for 56 years and raised all of their nine children there before moving to San Bernardino in 2004. JC’s early years were spent growing up between Blythe and Brawley, CA. He attended and graduated from Palos Verde High School where he excelled as an athlete and violinist. In 1941 his mother Lillie Bransford Alexander and step-father William Clark, moved he and his sister to Casa Blanca when he was 18 years old. On March 14, 1942 he and Montez married and in October 1942 JC joined the armed services with the Army Air Corps. While in the Army Air Corps he was chosen to attend the Benjamin Franklin Technical Institute in Boston. Before his honorable discharge Nov. 26 1945, he ultimately reached the rank of First Sergeant with the 856th Aviation Engineer Battalion in charge of the 162 man Company B. Upon his return from the war he would find work with Glenwood Motors as an automobile service repairman and would work there for 33 years before his retirement. With his wife he would attend the Kansas Avenue SDA church and the Mt. Rubidoux SDA church. JC enjoyed gardening, tending and transplanting trees, building and was famous for his barbeque sauce. He leaves behind 8 of his nine adult children: (Sharyne), Larry (Brenda), Alice, Raymond (Rhona), Jean Anderson (Ron), Rita, Dennis (Jo), Curtis (Diana), and Tim (Sherrydon). As well as 23 grandchildren, 18 great-grand-children and one great-great-grandchild. In addition he leaves countless nieces and nephews, cousins and a host of loyal friends and loved ones whose lives were indelibly impacted by his generous spirit, his always helpful nature and his endless wisdom. He was preceded in death by his wife; Montez Rebecca McKenzie, parents; Lillie Clark (Abernathy), Julius C. Alexander, step-father William H. Clark, brothers; Edward, Jack Bransford, Julius, Benjamin, Mitchell Alexander and Marcus Clark, sisters; Minta Bransford, Emma Brown, Yvonne Womack, Lillius Stowers, Ernestina, Lila, and Anna Mae (Alexander), son; Jerry Sr., great-grandson; Julian, and numerous sisters and brothers-in-law.