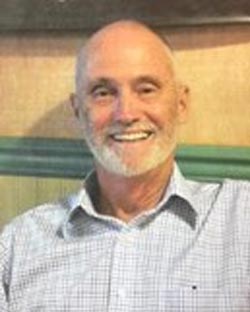 Jeff was born in Independence Iowa in 1948 to Robert Young and Gwendolen Miller. After graduating from San Bernardino HS, he joined the U.S. Navy and served in Vietnam. He attended DeVry institute of technology and earned two undergraduate degrees from Boise State University in Computer Science. He worked for Hewlett Packard Co. in Boise ID from 1975-1996. In 1996 he moved to Hemet, CA where he ran a printer repair business J. Marshall Systems and was a Substitute Teacher.

Some of his accomplishments during his career were becoming a Technical Programmer Analyst at HP and obtaining Patent #5,659,867 for “Fuser Roller Technology.” He also had his Private Pilot-Single Engine Land License and enjoyed flying his Maul bush plane. As a Substitute Teacher he enjoyed the challenge of working with young people and encouraging them to do their best, just as he did his best in everything he did throughout his life. He is survived by his brother Timothy Young (Wendy) and his nephew Marshall Young.