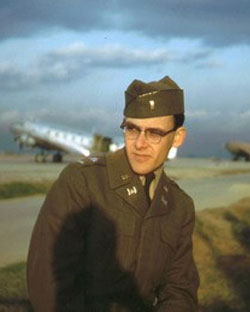 Jerrold “Jerry” Title was born in Los Angeles, CA the son of Julius and Bertha Title. The family moved to Ontario where Jerry graduated from Chaffey High School in 1947. He next spent 4 years at MIT in Boston, where he graduated in 1951 with a degree in Engineering. At MIT he joined the ROTC and after graduation served as a 2nd Lieutenant in the Army during the Korean Conflict. Following his service Jerry returned to the Inland Empire where he worked as an engineer for Pascoe Building Systems in Pomona for 30 years, then Bartec Industries in Orange for 10 years. Jerry spent 65 of his 92 years living in the the Inland Empire where he was an active member of Temple Beth Israel in Pomona. Jerry married his high school sweetheart, Carolyn Kaufman in 1951 and they had 2 children, Katherine Title Praml and Garry Title. After Carole’s passing in 1974, Jerry was blessed with a 2nd love of his life, Barbara Kirkpatrick and spent 47+ years raising their blended family and traveling the world, including 2 years of working and living in Istanbul. Jerry was preceded in death by his daughter, Kathy and sister Judy Title Hyzen (Bob) and is survived by his son Garry (Nancy); wife Barbara (“Bobby”); and step-children Sean, Erin, Bryn and Kerry. To Jerry’s delight, he had 12 grandchildren, 14 great grandchildren, 2 great-great grandchildren and 2 more on the way. Aside from his family, Jerry was most proud of the many years he spent volunteering for both Riverside & San Bernardino Co COPs (Citizens on Patrol). Next came golfing with son Garry, gardening and spending time with family. Jerry was well liked by everyone who knew him. Jerry wants his family and friends to know that he had a full and wonderful life and he is now at peace. Interment at Forest Lawn, Covina