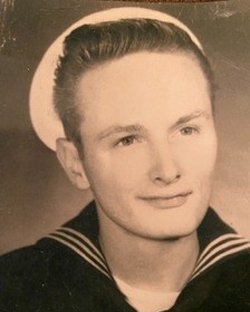 Jerry Lee Cameron, 82, passed away on Wednesday December 16, 2020 at his home surrounded by loved ones. He was born on July 17, 1938 in Bell, California to Robert and Naomi Cameron. He graduated from Fontana High School, shortly after he joined the NAVY from January 21, 1957 thru December 28, 1960. He married Rose Ann Corona June 16, 1962. He was employed with Kaiser Steel Mill and San Manuel Casino for many years. He enjoyed anything to do with history, sports, hot rod cars, and spending time with his family. Jerry is survived by his wife, Rose Ann Cameron; sons, Michael and David; daughter, Dawn; grandchildren, Tony, Alan, Ashley, Alyssa, Megan; great grandchildren Joseph and Joshua; sister; Bonnie. Jerry was preceded in death by his parents; brother, Mike; sister, Cindy.