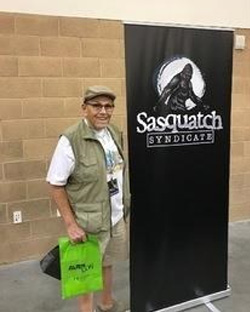 He entered this earth first son of 3 to Harry and Lorene Collins in Decatur Co., Iowa. He attended K-12 in Creston and then 2 years at Northwestern Missouri State College before moving out west to start a new chapter in his life. After working in LA for the railroad company as a surveyor he was drafted into the army and served two years at Fort Hood, Texas. In 1966 he came back to California to finish his college at Long Beach State on his G.I. Bill and receive his bachelors degree in Engineering. He married his first and only wife Elizabeth Portillo who had a daughter named Kim. After a few years with the new family he had two sons Dean and Jeremy who were both born at Long Beach Memorial Hospital. Soon after that they all packed up and moved east to Riverside where he found a mecca of building. He ended up working his dream job for over 40 years in the building industry and then ended up happily retiring with Griffin Communities. Over the years he enjoyed hiking, cooking, fishing, bowling, fine wines, shopping, art, watching live sports, camping, and golfing with his sons. He also enjoyed watching his two sons grow up and start their own lives and families. As a dad and grandpa he was so generous to his two sons and daughters-in-law but spoiled his five grandsons and one granddaughter. During retirement he was always interested in knowing how his grandkids were doing in school, were they playing any sports or what they were up to. He also enjoyed just doing little projects around the house and hanging out with his little buddy Newton. He loved his companionship. Dogs always had a special place in his heart especially Newton. Our dad was able to spend the rest of his journey here on earth in his custom home that he had designed and built in Riverside in 1989 before being taken way too suddenly from us. Before he took his last breath we were lucky to be able to be by his side holding his hands how he had always held our hands in the past. He will be survived by his two brothers Danny Collins and wife Sally Collins and Ted Collins and wife Betty Collins and their children. He will also be survived by his two sons Dean Collins and wife Terri Collins and Jeremy Collins and wife Heather Collins and grandkids Landon, Gavin, Macey, Derek, Benjamin, and Ryan. You will be remembered as a grandpa, dad, brother, uncle, friend and loyal coworker. You will be missed Pops but never forgotten. Fly high, enjoy your journey and go get that hole in one. We got it from here. Rest in peace Pops. We love you. P.S. “NEWTON”