Written by Night For Vets on July 16, 2018. Posted in Gone But Not Forgotten 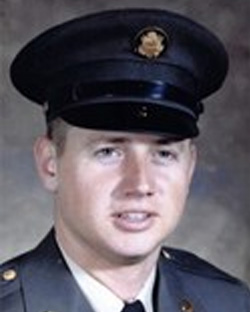 Jerry Conerly, age 71, passed away of natural causes at his home in Riverside, CA on Sunday, June 24, 2018. Surrounded by family, he was a beloved son, brother, husband, uncle, father, and friend. Jerry was born on January 5, 1947 in Riverside, CA, a son of Walter and Mary Conerly.

After graduating from Ramona High School in 1965 and earning a Bachelor of Science degree in History from Weber State University in 1969, he served in the U.S. Air Force and U.S. Army during the Vietnam War. Following his discharge from the Army, he returned to Riverside and married Sue Conerly in 1974.

In 1980, he earned a Master of Arts degree in Education from California State University, San Bernardino. He taught English and History at Arizona Middle School in Alvord Unified School District for 37 years.

After retiring, Jerry joined the Inland Empire Wing of the Commemorative Air Force (CAF) where he enjoyed promoting the history of the group’s C-53 “D-Day Doll” at weekend air shows. A food enthusiast, his pulled pork, tamales, and biscuits & gravy always put a smile on his friends’ and family’s faces.

Surviving are his wife Sue Conerly of Riverside, CA; son Stuart of Tokyo, Japan; two brothers, Keith of Sevierville, Tennessee and Charles of Farmington, Utah; six nieces and three nephews. He was preceded in death by two brothers, Nathan and Stanley.