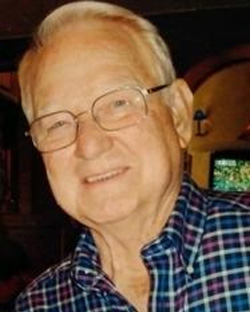 Jesse Walter Lytle, loving husband and father, passed away the evening of Monday, September 28, 2020, after a long battle with Alzheimer’s. He was 84. Jess was born on November 3, 1935 in Bavaria, KS to Eula E. (Harbison) and Gilbert W. Lytle. He graduated Haven High School in 1953. In 1955 he moved to California. Evelyn came out to Los Angeles where they were married on July 3, 1956. Jess was drafted in the army in 1959, when he returned, he found work back in CA in the aerospace industry. It transitioned into the space industry where he worked on the Gemini and the Apollo missions. Jess and his family moved to Riverside, CA in 1972. He went on to start his own business JW Lytle Company, a machine shop in Corona CA. After his retirement at 65 he and Evelyn became very active in the community. They then sold the house in Riverside and moved to a retirement community in Sun City, AZ. When Jess’s health began to decline, they moved to Santa Barbara, CA. Jess will always be known for his smile, his ease to laugh, and his ability to always solve a problem. He is survived by his wife of 64 years, Evelyn, his daughters Kim (David) Rocha, Leanne (Christopher) Ackler and Cherilyn (Padraic Culham) Lytle, his 6 grandchildren and 5 great-grandchildren, his brothers Orville (Bud), Robert Gail, and sister Susan. He was preceded by his sisters Audie, Connie, Betty and Iona.