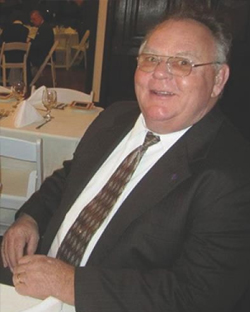 JIM LESTER Jim was born in Swalwell, Alberta, Canada, on August 27, 1945, to Lloyd and Jean Lester and passed to eternal life on December 30, 2020, at Kindred Hospital in Rancho Cucamonga, California. After spending his youth in both Alberta, Canada, and Beaumont, California, he enlisted in the United States Marine Corps in Butte, Montana, on May 8, 1967. He served in Vietnam in the 1st Marine Division, earning two purple hearts and went on to retire in 1987 as a Master Sergeant of Marines. During this period, Jim married Donna Alexander in 1969. He was stationed at MCAS Kaneohe Bay, HI, where their son, James Alexander Lester, was born in 1970. A source of pride to Jim was that in 1972 he became a United States citizen; in the country he was to serve for years. After retirement, Jim owned and operated Liberty Sporting Arms in Beaumont California from 1992-2007. He was active in the Beaumont Chamber of Commerce as President and was a Board member for several years. He belonged to the Beaumont Lions Club and served as President as well. Both he and Donna were honored as Citizens of the Year in 2010 by the Beaumont Chamber of Commerce. After retiring from his business, he and Donna bought a home in Kalispell, Montana, where he enjoyed the outdoor lifestyle of his youth for some ten years. Jim is survived by his wife, Donna, son Alex (Yolanda) and grandsons Rodrigo and Azariah. He is also survived by sisters Margaret Stewart, Betty Galloway (Hamish), Kathy Johnson (Barry) as well as brother Norman Lester(Pat). He thought highly of his nine nieces and nephews and their beautiful families as well. Also surviving Jim is Geneva Wood, his 100-year–old aunt by marriage and many long-time dear friends, spanning from Canada and Montana to California.