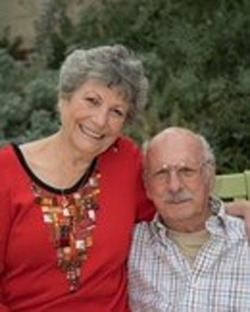 John A. Dematteis, born in 1937, passed away peacefully in November following a brief illness. He was 81 years old.John began his career in the Air Force at the age of 17 and traveled the world during many tours focusing on United States Aerospace programs. He earned his bachelor-of-science degree in quality engineering in night school in 1980. John retired from the Air Force after 21 1/2 years of service in 1975 and worked for Piper Aircraft, Martin Marietta, United Paradyne and Jacobs Engineering until his retirement in 2000.

During John’s retirement, he consulted with many companies in quality control in both Vandenberg AFB and Cape Canaveral. During John’s consulting career, he received numerous awards for his service to our country.John was known to approach men and women in military uniform and shake their hand and thank them for their service. His greatest pride was his service to our country and it was extremely important to him to express his gratitude to others who served.

John’s passing was preceded by his father, Pete, his mother, Lucy, and his sister, Irene. John was married to the love of his life, Phyllis, for 62 years. They had four children: Debra Dematteis-Miller (husband Baxter), Tony Dematteis (wife Elyse), Tamela Swanson (husband Doug) and Todd Dematteis.He is also survived by seven grandchildren: Ian, Morgan, Aaron, Eva, Chase, Kendall and Rafael, two great grandchildren: Calvin and Lillian: three nieces, Angie, Johnna, Julie, and one nephew, Carl. In addition, John is survived by his two cousin’s Ken Dematteis and Nancy Struthers.John’s family would like to extend a special thanks to our many friends and family members who showed such love and support in his last few weeks.