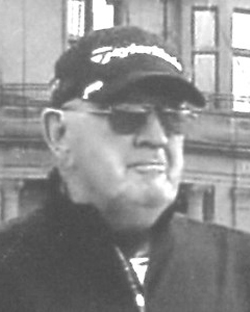 Aug. 13, 1936 – April 1, 2022 Born to Michael Kelly and Lillian Young. John “Jack” Kelly grew up in Tewksbury, MA with his siblings Bernard William Kelly (deceased), Mary Ann Kelly Miron Shirigley (deceased), Robert Edward Kelly (deceased) and surviving sister, Elizabeth Ann Kelly Carey (Tewksbury, MA). In 1955, this handsome young athlete chose to join the Air Force. Four years later, he married his hometown sweetheart, Patricia “Tricia” Margaret Sullivan, and so began an adventure neither could have imagined. From basic training at Sampson Air Force Base, NY to his last station as Chief of Presidential Security at Andrews Air Force Base, MD, Jack always led by example with his high standards and diligent work ethic. He set the standard of excellence for all peacekeepers to follow. In his 30 years of service, through 12 different duty stations (to include Vietnam), the man known as “Chief” served with distinction. He earned a Bronze Star Medal, the Meritorious Service Medal with three oak leaf clusters, and the Air Force Commendation Medal with two oak leaf clusters. He rose to the pinnacle of his career as top peacekeeper of Presidential Security (1979-1985). He earned the respect of those who served with him, and those who benefitted from his leadership. Upon retirement from the Air Force, he took a position with Northrop Grumman in southern California. He packed up his bride of 26 years and moved one last time to start the next chapter of their next adventure in Redlands, CA. This included putting down roots for their children and their growing families, golfing all year round, and taking Tricia to see places he had seen on his travels with Presidents Carter and Reagan. Once fully retired, Jack and Tricia lived a quiet life devoting their days to their 7 children (Joe, John, Karen, Kevin, Susan, Mark, and Keith), 17 grandchildren, and 10 great-grandchildren. They celebrated every milestone along the way. Beyond his family, Jack had one other passion – golf. If you wanted to spend a little more time with him, you needed to pick up a club. And they did. He played with all his sons and most of his grandchildren. They played locally with friends, on PGA courses, in Hawaii, and on family golf trips to Scotland and Ireland. If you were lucky enough to be around when he had one of his 10 holes-in-one (5 of which were made after he turned 80 years old), it was an experience you will never forget. Jack’s total devotion was to the love of his life of more than 60 years, Tricia and his ever-growing family. This included serving as Tricia’s primary caregiver in the final years of her life. His devotion to her did not end with her death, it ended with his. All those years ago, when a young man from a small town chose the Air Force over a teaching career, few would have guessed Jack would end up teaching so many over his lifetime as a colleague, mentor, friend, brother, father, grandfather and great grandfather. He is not a memory to be forgotten. He is a part of us to be shared.