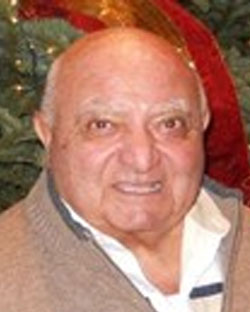 Born in Manhattan (NY), John was raised by Armenian immigrant parents. The family relocated to California in June 1946. John enlisted and served in the US Navy during the Korean War (1951-1954). John had a long career with American Airlines, ending his 42 year career at Ontario International Airport in 1995.

After his retirement, John continued to work in and around airports ending his airport service assisting travelers from his passenger “cart” in 2012. John left this earth as he lived, always happy. He will be remembered for his positive outlook to life and his never ending sense of humor.