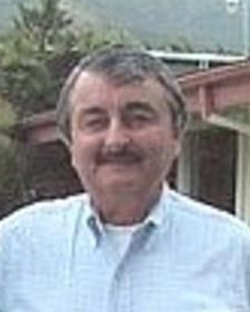 May 24, 1944 – November 12, 2021 John was born and raised in San Bernardino, California and passed away on November 12, 2021, in Redlands Community Hospital. John attended Colton Elementary, Colton Junior High, Colton Union High School and earned his AA Degree at San Bernardino Valley College. John served in the Armed Forces during the Vietnam War and was stationed at the Panama Canal. John began his Heating, Ventilation, Air Conditioning, and Refrigeration (HVAC/R) instructor career at San Bernardino Valley College and then that expanded to Riverside Community College, Victor Valley College, College of the Desert, and eventually made his way back to San Bernardino Valley College in his last five years of teaching. He so enjoyed teaching that he wanted to do it till the Lord took him home. He was a member of the Refrigeration Service Engineers Society for 23 years. He was given the title of "Arrowhead Chapter Person of the Year" for his outstanding support in 2015 of the Arrowhead Chapter RSES and the HVAC/R Industry plaque was presented to him on February 6, 2016. John is survived by his wife, Diane Roberts of 35 years and resided in Yucaipa for the last 22 years. John has three brothers; Lynn Roberts, Ronald Roberts (late), Bruce Roberts, one sister; Sheryl Danyluk, one daughter; Rebecca Dunlap, three sons; Richard Roberts, Scott Roberts, and Jerrod Roberts.