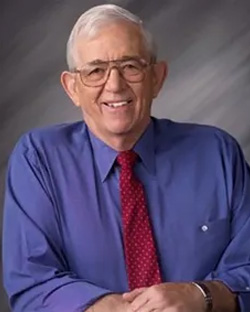 John D. Stiles Jr., born June 23, 1935, passed away Monday, September 19, 2022. John was born in Los Angeles, California where he graduated from Manual Arts High school in 1953. He served in the Army before attending college at Claremont Men’s College, graduating in 1961. He lettered in basketball in High School and College and was a member of the Tortugateers of Prado Dam. He married Margaret Ann Evans in 1958 and had three children, Leslie Jean and twins Michael and Scott. In 1970 the Stiles family moved to Palm Springs, where he remained until his passing. John was a commercial broker and well known civic leader in Palm Springs, serving as president of the Chamber of Commerce, Rotary Club and Desert Round Table. He was on the board of directors at College of the Desert and served on the Airport Commission. He touched many lives in his years in the Desert Community and will be remembered fondly by all. John was preceded in death by his wife of 44 years who passed in 2002. He is survived by his two siblings Robert and Susan, three children and 3 grandchildren, Loren, Jackson and Ally.