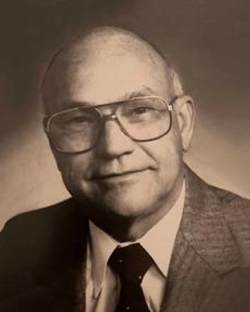 John W. (Jack) Todd Age 95, of Pomona, CA, died October 12, 2022. He was born July 28, 1927 in Pomona and had lived his entire life here, where he attended local schools. Jack left Pomona High School his senior year to join the Navy during WWII. After his service in the Navy, he attended Mt. San Antonio College and later graduated from the California College of Mortuary Science, Los Angeles, as well as the University California Santa Barbara. While at Santa Barbara he met Barbara Kalman and they were married in 1951. Following the death of his father in 1947, he along with his brother Richard K. Todd and partner Lawrence C. Smith, assumed leadership positions in the family business of Todd Memorial Chapel. He served as Chairman of the Board for many years. Jack had been active in the community serving as President of the Pomona Kiwanis Club and Pomona Junior Chamber of Commerce, who later honored him as Boss of the Year. He served many years as treasurer of Pilgrim Congregational Church, was a member of the Los Angeles County Funeral Directors Association, the California Funeral Directors Association where he was honored as Funeral Director of the Year and was a long time member of the American Legion and served on the Board of Directors at the Los Angeles County Fair. Jack delivered Meals on Wheels in Pomona for over 10 years. He was preceded in death by his wife Barbara in 2021. Surviving are his children, Debbie Pewe (Keith) of La Verne, John (Nancy) of Claremont and Nancy Lofstrom (Doug) of Newport Beach; four grandsons, Brian and Kevin Pewe and Mitchell and Jake Todd; three great grandsons, Brody, Jameson and Slater Pewe. Services will be held at Todd Memorial Chapel, Pomona, Friday November 4 at 11:00 a.m. Private entombment will be made at Pomona Valley Memorial Park, Mausoleum. Friends who wish may make memorial contributions to VNA Hospice, 2151 E. Convention Center Way, Suite #100, Ontario, CA 91764.