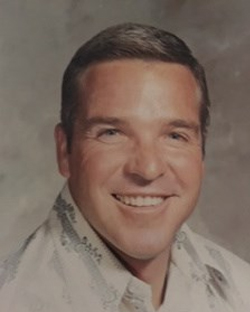 A man of honor, integrity, and heart; John Lew Wallace passed away on Christmas night surrounded by loved ones, after bravely fighting a long illness. John was born in Upland, CA and raised in Ontario, where he became a well-known citizen and multi-sport student athlete at Chaffey High School, graduating in 1954. He then served in the U.S. Navy from 1954 to 1957, participating in Operation Red Wing, observing the testing of atomic and hydrogen bombs in the Pacific theater. Thereafter, he attended Chaffey College and the University of Redlands earning a B.A. in 1961 and General Secondary Credential in 1962. During his college years, John competed in football and excelled in track; he still maintains a top ten 100 meter time today. John’s college years brought him the love of his life and his life-long best friend, Judy Wallace (Francis), with whom he was married for 59 years. Together John and Judy made a wonderful life in Upland and at the beach, raising two sons, Jay and Bryan Wallace. John mentored many students and athletes during a distinguished career as a teacher and coach for over 30 years at Montclair High School. John enjoyed surf fishing, working out, reading, and listening to various genres of music. John’s true love was spending time with his family, whether at home or El Morro Beach, and watching his children and grandchildren grow up and succeed in their endeavors. John is survived by his wife, Judy, children Jay (Stephanie), and Bryan (Lisa), grandchildren Matthew Wallace (Johnna), Christina Alvarez (Andrew), Sophie Wallace, and Luke Wallace, and his great grandchildren William Alvarez and Jeremy Wallace. John was predeceased by his sister Dolores Cooley.