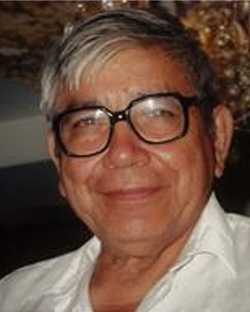 Jose Alfonso Leon, known as Joe to his friends and family, was born January 1, 1927, in Ontario, California, the son of Jesus and Rita Leon, and passed away on October 9, 2020, in his family home. He was 93 years old. Joe was the youngest of three, joining his sister Mary and older brother Henry, who experienced the hardship of losing their father when Joe was two years old. Raised to work hard, Joe developed many skills and talents, which he turned into opportunities to learn and grow. He was a history buff, an opera fan, a bowler, a baker, a cook, a fisherman, a patriot, a Marine, a devout Catholic and a lifelong Democrat. He met Kazuko Takatsuji when serving in the Marine Corp during the Korean conflict, on leave in Kyoto. Despite the language barrier, they began their life together in marriage in Japan, returning to San Bernardino and raising their family of four children: Robert, Deborah, Nancy, and Martin. They moved to Corona in 1964, where Joe and Kazuko (aka Susie) ran Joe’s Bakery for many years. Joe also taught commercial baking to the inmates at The California Rehabilitation Center, where his compassion for those who struggled with addiction, along with his strong work ethic, helped turn lives around. Joe understood that some folks need a second chance sometimes, and even a third or fourth. He later worked for Von’s and the popular Chicken Pie Shop in Anaheim, managing their bakeries. Joe worked until he was 87 because he loved to work and be around people. Joe was preceded in death by his sister Mary and her husband Pete Resendez, and by his brother Henry and his wife Gloria. Joe is survived by his wife, Kazuko, his sons Robert (Nancy), and Martin, and his daughters, Nancy Pacheco (Tony), and Deborah, who has devoted her life to her parents, taking care of them at home. His grandchildren, who survive him are Jason, Melissa, Kate, Alison, Kyle, Kelee, and Martin Jr., and eleven great grandchildren, as well as nieces and nephews.