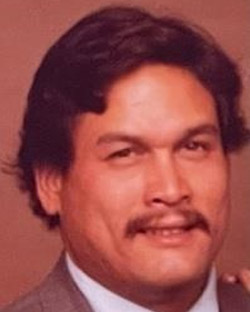 Joseph Richard Patrick Reilly passed away June 6, 2021 at Kaiser Permanente Medical Center in Riverside, CA surrounded by his family. He was 67. Joseph is survived by his two daughters, Amy Bingham, Amber Reilly Sarkissian, son-in-law Mike Sarkissian, and his grandchildren Paige, Dylan, Deegan and Elysha. His brother Michael Reilly and sister Liz Baker as well. Joseph had been a resident of Moreno Valley. CA for over 60 years. He was a graduate from Armada Elementary School, Alessandro Jr High School and Moreno Valley High School Class of 1973. Joseph married Melody Martin in 1975 and they were married for 10 years. Soon after, they enlisted in the United States Army and were stationed in Fort Carson, Colorado where they had their two girls. He worked as a heavy equipment operator and later a firefighter. He was a fan of old western TV shows like Gunsmoke, The Lone Ranger, The Rifleman, Big Valley and Bonanza. Also he enjoyed watching old Kung Fu and Godzilla movies. Joe had a fondness for red tail hawks and eagles as well. Joseph loved his career as a Fire Captain. He worked with Cal Fire/CDF for over 30 years. He was very proud of the fact that he was always able to protect his crew and he treated them like family. He loved his family very much and he will be missed by those he left behind. We will see you again in Heaven Dad.