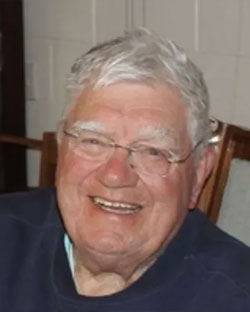 Joe enjoyed golfing and traveling. He was an elder and Sunday School teacher at Church of the Valley. Joe served on the board of directors at Sun Country Bank. Major Smith was a member of the Military Officers Association of America. He was on the President’s Council for Providence St. Mary Medical Center and active in the Victor Valley Community Concert Association.