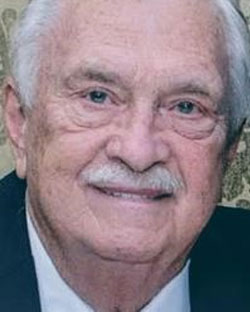 August 3, 1942 – February 9, 2022 Kenneth Richard Kantola passed away on February 9, 2022, in Riverside, California, with his wife of 53 years, Diana Kantola, and his three children, Alex, Amy, and Anthony, all by his side. Ken, or Kenny as he was known to many, was born on August 3, 1942, in Conneaut, Ohio, to Thomas and Martha Kantola. He was the fifth of six children, Tom, Doris, Eileen, John, and is survived by his youngest brother, Bob. As a child, Ken played baseball and football. He enlisted in the Air Force after graduating from Rowe High School in Ohio and spending a year working in Cleveland. He spent four years traveling throughout the United States with the Air Force Orientation Group. Following his discharge in 1965, he moved to California to complete his education. He graduated from California State University, Fullerton with a degree in marketing. He met Diana at a pizza parlor in Orange County and they were married on December 21, 1968. They moved to Riverside, California in 1971 to begin their family life. Ken worked in the mobile home manufacturing business for several years, then as a building inspector for Riverside County. He enjoyed coaching his children’s various sports teams when they were young. The family enjoyed camping in Pismo Beach, a tradition Ken passed on to his children. Ken and Diana spent most of their retired life in Seal Beach, although Ken’s toes never touched the sand. In addition to his wife, Diana, he is survived by his sons Alex (Lesley) and Anthony (Nicole), and daughter Amy (Dean Ayer). He was very proud of his eight grandchildren, Allyson, Aaron, John, Davis, Brecken, Caroline, Emmylou, and Bodhi. His favorite place to enjoy them was outside.