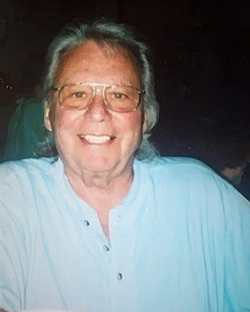 It is with great sadness that the family of Kenneth V. Mardis announces his passing after a brief illness, on Saturday, January 8th, at the age of 88 years. Born January 20, 1933, in New Kensington, Pennsylvania, and grew up in Johnstown where he went to high school. He served in The United States Air Force for 14 years and during that time he became a pilot and flew planes in the Korean war. He was Honorably discharged on September 7, 1962, with the rank TSGT (E-6). Kenneth worked as a commercial pilot for a few years and decided to grow some roots by investing in a bar known as M.P’s Unicorn. He owned and operated M.P’s Unicorn for almost 30 years. He was a member of The Ancient and Honorable Order of E Clampus Vitus (ECV). Kenneth will be lovingly remembered by his wife Deborah Anne Mardis and her son Jason Ippolito, by his son Damon Duster, his daughter Dawn Braband, her husband Mark and their three children Ashley, Zackary, and Ben. Kenneth will be greatly remembered by his great- grandchildren Jaden, Skylar, Maxum, and Bodhi. Kenneth will also be fondly remembered by his brother and sister Tim and Joan and his best friend Jesse Harris and wife Lynn; by all his Clamper brothers and the loyal customers of M.P’s Unicorn. Kenneth had three brothers precede him in death.