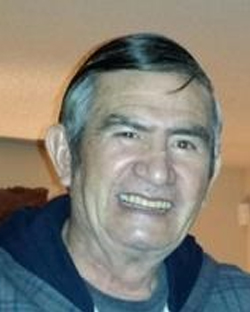 Kenneth B. Reveteriano Sr. passed on Dec 15th, 2020. Kenneth was born in Pueblo Colorado. After high school graduation he joined the U.S. Air Force. He served 2 tours in Vietnam. He retired from the USAF after 23 years of service. He arrived at his last station, George Air Force Base, in 1979 where he decided to stay and make a permanent home for his wife and 3 sons. He coached youth soccer for over 10 years. He was very involved with his sons’ sports driving them all over Southern California for meets and tournaments.

After retiring from the USAF, he worked in real estate and as a loan officer.
Ken loved Las Vegas and frequented Palace Station among other Casinos. He also loved San Manuel. He was there so frequently that his sons enjoyed his weekly gifts from San Manuel. Many relatives and people that knew him remember him for his funny stories he told over and over, but many remember him for teaching them to play poker.

He loved watching the Women’s National Soccer Team play on TV as well as the Denver Broncos. He always talked about wanting a Cadillac and several years ago his dream came true…. A shiny red Cadillac. His wife always said that Cadillac had “auto pilot” to San Manuel.

Ken had a very big heart and was a very generous man. He donated to St. Jude’s Hospital.
He was preceded in death by his Father Joe M., Mother Josephine, Brothers Joe L. and Edward C., and his sister, Carol.