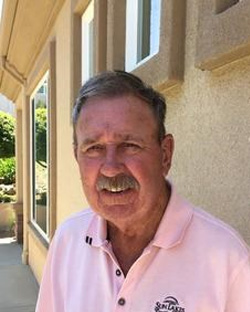 Larry Paul Cobel, of Banning, California, passed away November 1, 2021. Larry was born December 17, 1937, in Columbus, Ohio, to Paul and Pansy Cobel. He had been a Banning resident for 17 years and previously lived in Highland, California, for several years. He is a graduate of North Hardin High School and a graduate of the University of Kentucky with a B.S. in Civil Engineering through the ROTC program. He was a distinguished military student and a distinguished military graduate. He received a regular Army Commission as a Second Lieutenant. After four years he resigned his commission and established a successful career as a Civil Engineer with E. L. Yeager Construction in Riverside, California, as an area and project manager. He is survived by his wife Christine of Banning, California. He is also survived by grandson Dillion Murphy and great grandson Samuel Mathew Murphy, both of Elk Grove, California; grandson Sean Murphy of Big Bear City, California; sister Phyllis (Norman) Shumate of Vine Grove, Kentucky; nephew Bryce (Kim) Shumate of Elizabethtown, Kentucky; niece Scarlett Shumate of Kentucky; and nephew John (Karen) Wilkerson of Redlands, California. Larry was preceded in death by his daughter Stephanie Christine Murphy of Big Bear City, California. Larry was an avid lover of the outdoors. He loved fishing, golfing, and men’s college basketball, diligently rooting for his alma mater Kentucky Wildcats throughout the entirety of every season.