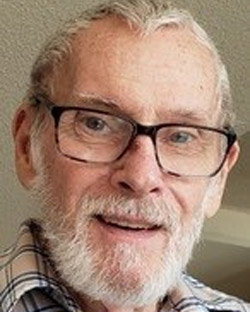 Age 75, passed into eternity with family by his side on June 19, 2021 at his home in Calimesa, CA. Born February 12, 1946 in Long Beach, CA and the youngest of three, he was raised by Stephen and Mae Kuelper along with his brother Marvin and sister Cheryl in Belle Plaine, lowa. He returned to CA during his time serving in the United States Air Force from 1967-1970. There he met his wife Deborah and had two children, Brian and Shannon. After Larry left the Air Force he worked for Southern CA Edison until his retirement. He is survived by his brother and sister, wife, two children, their spouses and four grandchildren. No service will be held. His body currently resides with Bodies for Science in Loma Linda, CA.