Written by Night For Vets on November 1, 2019. Posted in Gone But Not Forgotten 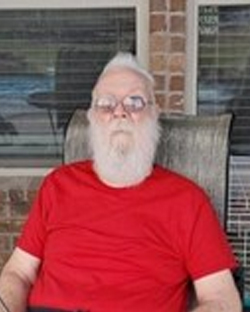 Larry Eugene Mitchell Sr. Born April 4 , 1944 and passed October 19 , 2019 at home at the age of 79, surrounded by family. Larry was born and raised in Hayesville, Kansas and served his country in the U.S Marine Corp from 1958 to 1961. Larry retired from McDonald Douglas / Boeing in 2004 after 40 years and was enjoying his retirement traveling to see family and friends.

Larry was a long- time resident of Riverside, California where he played Santa Claus for local elementary schools bringing candy canes and joy to many school children. Larry was pre-deceased by his wife Gloria J. Becker-Mitchell whom he will be laid to rest with at Riverside National Cemetery.