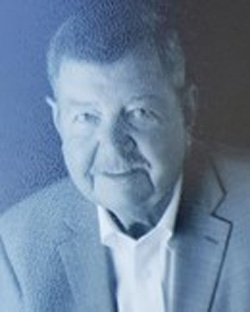 It is with great sadness that the family of Lawrence James Perrin (Larry) announce that he passed away at home, surrounded by his adoring wife and daughters. His heroic five-month battle with esophageal cancer ended on Friday, May 11, 2018. Larry, born in Illinois on November 8, 1939, was raised in Riverside, CA from the age of four, will be lovingly and forever remembered by his wife, confidant and best friend, Paula Trussell McCroskey, their precious “Blended Family,” daughters Kristin Elizabeth Perrin and Kimberly Anna Perrin of San Jose, CA; Salina Page Scarpine of Peoria, AZ; and Shannon Patrice McCroskey of Riverside, CA; his grandson, De’Andre William Jordan, of Riverside, CA; sister, Phyllis Perrin Tracy (Tom), of San Juan Capistrano, CA; nephews, nieces, sister-in-law, Luanne Trussell Rhodes (Ronnie) of Tennille, GA and treasured friends whom he saw as extended family. Larry was predeceased by grand-daughter, Alyssa Rayne McCroskey and his parents, Lawrence Victor Perrin and Martha Schnell Perrin who had a tremendous influence on his character, integrity, strong work ethic, devotion to family, loyalty to friends and compassion for those less fortunate.

A proud graduate of Poly High School’s Class of 1957, Larry went on to attend Riverside Junior College and served in the United States Coast Guard prior to graduating from Cal Poly Pomona and Santa Clara University School of Law. He was admitted to the California Bar on January 9, 1969 and practiced law, as a Certified Family Law Specialist, in San Jose before retiring to his hometown of Riverside with his wife.

Larry made the most of his retirement. He was an active member of the Exchange Club of Magnolia Center and Canyon Crest Country Club, served on the Mission Inn Foundation Board and along with his wife, on the Riverside International Relations Council – Sendai Sister City Committee. He played golf when he could and traveled extensively with Paula, “cruising” the world with a group of long-time friends. When they weren’t traveling, they loved hosting friends and family at their home. Larry could always find a reason for a party!