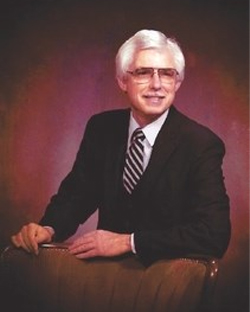 Wallace LeRoy Luyster, known to family and friends as LeRoy, 87, of La Sierra, CA passed away surrounded by loved ones on October 11th, 2022 after a long and difficult battle with Parkinson’s disease with his devoted wife Edna by his side. LeRoy was born on June 10th, 1935 to Wallace and Florence Luyster in Turlock, CA. He graduated in 1954 from Modesto Union Academy and shortly afterwards enlisted in the Army during the Korean War as a Medical Corpsman. After leaving the Army in 1956 he started his college education at Pacific Union College and later transferred to and graduated from Walla Walla College in 1960. After graduation, LeRoy married Verna Shultz, and they had two children, John and Jonna. During those younger years they watched their father study and pass his C.P.A exam. LeRoy landed his first job as a business intern in Loma Linda (College of Medical Evangelists) and as his career grew he became the Chief Internal Auditor for Loma Linda University. He audited many Loma Linda University properties which included the La Sierra University farm and the Paradise Spa project in Nevada. In 1970 LeRoy started his own accounting practice from home and soon grew to a successful accounting firm in the Inland Empire. LeRoy served as Head Deacon in the Loma Linda University Church for many years and throughout his life gave a lot of his time to support the church when in need. In 2002, LeRoy married Edna Mae Gallington. When not at home in La Sierra they could be found camping in Yosemite or eating pie in Angeles Oak or surrounded by their pets relaxing on a Saturday afternoon on the porch. They enjoyed spending time with family and friends at church or at the Mission Inn or at one of his favorite Italian restaurants. In LeRoy’s earlier years loved driving his dune buggy in the sand dunes and fishing at his favorite fishing hole in Fish Camp near Wawona in Yosemite. Anyone who knew LeRoy knew that his family meant more to him than anything else in the world, something he often mentioned and enjoyed spending time with them whenever he could. He was the most loving father and spouse a family could ask for. LeRoy is survived by his wife, Edna Maye Gallington Luyster, son and daughter-in-law John and Stacey Luyster, daughter and son-in-law Jonna and Richard Trzcinski, and Verna Luyster the mother of John and Jonna.