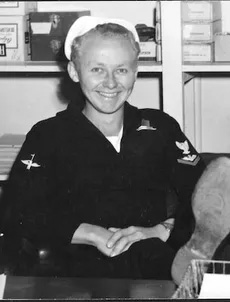 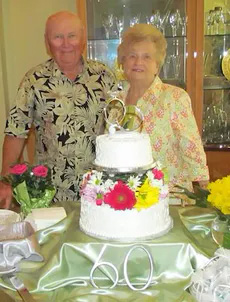 Llewellyn William Anderson, age 96, was truly one of the lucky ones. His fourteen holes-in-one during thirty years of retirement in Palm Desert, CA, were just icing on the cake. Llewellyn was born on March 2, 1926, the youngest of eleven on the family farm in Elk Point, SD. He joined the U.S. Navy and trained to be an aviation gunner as WWII ended. His ship, the Valley Forge-45, was the first carrier to travel around the world in a peacetime show of strength and good will. It was the time of his life, relived many years later in world travels with wife of 64 years, Mary Ellen, and stories shared with his four children, eight grandchildren, and three great-grandchildren. “Andy” and Mary Ellen (d. 2015) provided our family with a strong foundation of love and support throughout their lives. We all consider ourselves lucky. Llewellyn W. Anderson died peacefully on December 29, 2022. He will be laid to rest next to his wife at Riverside National Cemetery.