Written by Night For Vets on December 22, 2022. Posted in Gone But Not Forgotten 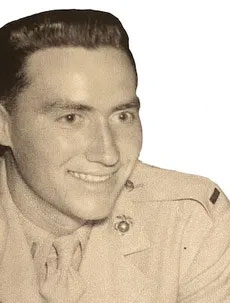 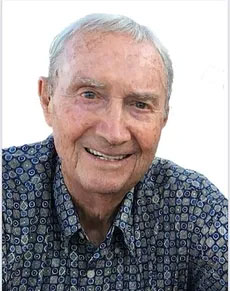 Lorne Froats passed away peacefully on November 30, 2022 with his wife Anne of eighty years at his side. He was an amazing 100 ½ years old! Lorne was born May 8,1922 in Edmonton, Alberta, Canada. His family moved to California in 1924. While attending Oceanside City College in 1942, Lorne joined the Marine Corps and that same year married Anne Kostich. The Marines sent him to UC Berkley for one year, then to basic training at Paris Island and Officers training at Quantico where he received his commission as a 2nd Lieutenant. Lorne was active duty in the Pacific where WWW II ended. Lorne came home, continued his studies at USCand graduated as a civil engineer. While at USC he was a member of the first crew team which now boasts quite a tradition. Lorne continued his support of his alma mater as an active alumnus until his death. His career as a Bridge Engineer was interrupted in 1950 by the Korean war and Lorne was again called to active duty. He was with the Marine battalion that was surrounded by the Red Chinese army in the critical Battle of the Chosin Reservoir and he, along with all who survived, were named the “Frozen Chosin” After Korea, Lorne went back to engineering but not for long. Lorne and Anne opened the first of three successful stationary stores. Golf and travel became their favorite pastimes. Lornewas an avid golfer, and he and his best friend George Graziadio believed they played in 45 different countries. Lorne and Anne moved to the desert, first part time and then full time. They have enjoyed a home and membership at Indian Wells Country Club for over 48 years. Lorne was most proud of the fact that he shothis age every year since turning 74. Lorne will be greatly missed! He is survived by his wife Anne Froats, his sister May Richards, nephew Alan and Gina Jurick, and niece Sandi and Keith Batcheller, along with many others in his extended family.