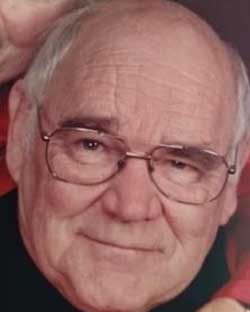 Louis (Timothy) Bernardy April 2, 1933 – July 20, 2020 Age 87, passed away peacefully on July 20, 2020 at his home in Corona, CA with family at his side. Louis was born on April 2, 1933 in Detroit Lakes, Minnesota to Louis F. Bernardy and Winifred (Egan) Bernardy. Growing up in Detroit Lakes, and then Fargo, North Dakota, Timothy displayed athletic prowess in football, basketball and track, and his sports interests carried on with his undying support for Notre Dame University football and Gonzaga University basketball. Louis enlisted in the Navy in 1952 and finished corpsman school in 1954 before his discharge in 1955. He met the love of his life, Shirley Smerber, in 1955 in Corona, CA, and they married in April of 1957. Tim and Shirley had six children, 25 grandchildren, and 21 great grandchildren. Tim worked for many years as a western regional manager for B.F. Goodrich until a serious accident forced his early retirement in 1979. Timothy was a well-known, active, dedicated speaker for Alcoholics Anonymous, traveling across the country, helping many men and women who sought peace in their recovery from substance addiction, and he dedicated his efforts to several Southern California recovery facilities. He was most proud of his focus on helping people achieve spiritual peace. He was well known to offer people several of his prayers that he composed to help comfort them with their struggles. Tim and Shirley were lifelong, devoted Catholics and were committed to promotion of the traditional Latin Mass in the Riverside area. They were also supportive, active parishioners at Corpus Christi Church in Corona, CA. Timothy is survived by his twin sister, Winifred (Bernardy) Savageau; sister Mary (Bernardy) Crary; wife, Shirley (Smerber); children: daughter Tina (Greg) Wuetcher; sons Tim Bernardy, Greg (Carol Okray) Bernardy, Mark (Steffanie) Bernardy, Bruce (Janica) Bernardy, Shaun (Diana Giudice) Bernardy; and all his grandchildren and great grandchildren. He was preceded in death by his sister, Kaye (Bernardy) Edwards; brothers Tom Bernardy, Jack Bernardy; and parents Winifred (Egan) Bernardy and Louis F. Bernardy.