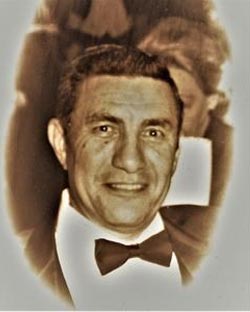 Luis J. Orozco, II (89 years old), loving husband and father, passed on Thursday, July 21, 2022, after battling a long illness, in Corona, California. Survived by his bride of 54 years, Maureen; his daughter Leonore and her husband Charles L. Sheppard, III; his son Luis J. Orozco, III and his wife, Isabel; his beloved younger sister Nina Eaton; his devoted friend and caregiver, Ms. Evelyn Burgos; and family pet, Milla. Mr. Orozco was predeceased by his son, Jonathan, and his devoted service dog, Ruger. He is also survived by a large extended family. Luis was a proud Veteran who served in the U.S. Army during the Korean War. He was also very active in the California Masonic community for many years and was awarded the esteemed Hiram Award in 1995. Luis enjoyed playing the piano and organ well into his late years. He enjoyed sharing his musical talents with the Masonic family and proudly served as Assistant Grand Organist for the Grand Lodge of California from 2008-2009. Luis also served as an organist at numerous lodges in Santa Clara, CA, and later in Las Vegas, NV.