Written by Night For Vets on June 11, 2018. Posted in Gone But Not Forgotten 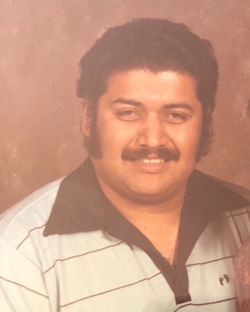 Luis P. Quevedo, II was called home by our Lord Jesus on May 29, 2018,at the age of 69 years. A California native, born in Riverside, Luis served his country in the Army. In 1985, he began his career with the City of Corona leading the street division. He retired in November 2015. Luis served as head usher for Faith Life Church and was beloved by its congregation.

Luis was predeceased by his cherished first born son Luis Jr. and by his parents Luis & Carmen. Luis will be lovingly remembered by the love of his life, his wife of 47 years, Josefina Quevedo and his beloved children: son Christopher Ryan and wife Roxanne and daughter Laura Christine. He will also be warmheartedly remembered by the joys of his life—his five grandchildren Sharay, Sierra, Christopher Jr., Donovan, and Ava, and by his six brothers and three sisters. He also had numerous family members and beloved friends.