Written by Night For Vets on August 6, 2019. Posted in Gone But Not Forgotten 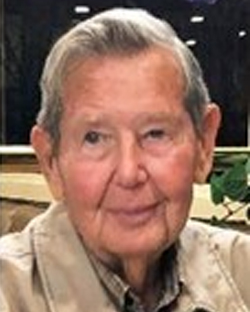 Lyle Paul Norland passed away peacefully on July 6, 2019 at the age of 88. Born March 19, 1931 in Ord, Nebraska, to Orville and Zola Norland. Lyle married the love of his life, Millicent "Mickey" Mae Mason, on June 21, 1953. They just celebrated their 66th wedding anniversary.

Lyle worked with his father and brother in the O.A. Norland Store in Burwell, Nebraska. He served honorably in the United States Air Force. Lyle had a 30-year career providing products to military commissaries & post exchanges around the world. After raising their 4 boys, Lyle & Mickey traveled extensively throughout the U.S. & Europe. They have been in Corona, CA since 1969 & recently attended Northpoint EV Free Church.

Lyle was preceded in death by his brother JDon, parents Orville & Zola. He is survived by his wife Mickey, 4 children, Mark (Elaine) of Corona; Eric (Sonja) of San Jose; David (Lauren) of Riverside; Kevan (Shellie) of Temecula. They have 7 grandchildren and 3 greats.