Written by Night For Vets on July 12, 2018. Posted in Gone But Not Forgotten 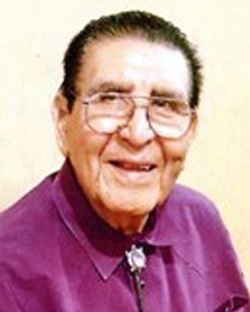 Age 89, passed away on July 4, 2018 at home on the Morongo Indian Reservation. He was born on July 17, 1928 and had been a lifelong resident of Banning, CA graduating from Banning High School. He was a landscaper, drove truck and heavy equipment, and could repair or fix anything. He served in the U.S. Army, Corporal, Military Police and received the Purple Heart. He was a member of St. Mary’s Catholic Indian Mission. He was a number 1 Dad-Grandpa-“Ta-ta”. He was a kind man who helped others. He had many friends and loved his dog Penny.