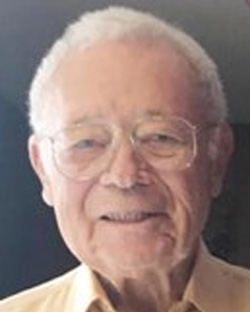 Mel was born November 9, 1927 to Dr. Melvin Reid Davis and Freda Davis. He passed away July 6, 2018, age 90, in Riverside, CA. He was born in Chicago, IL but raised in Culpepper, VA and Washington, DC by Elijah “Doc” Barber and Melvin’s Uncle, Dr. Raymond Davis respectively. He was a child of the Great Depression and carried that mentality his entire life.

Mel graduated from Howard University in Washington, D.C. School of Pharmacy with degrees in Biology and Chemistry in 1952.

While stationed at Barksdale, AFB, LA., Mel found himself in the St. Augustine Catholic Church along the Cane River, LA. where he met his future bride, Delphine Balthazar. Married in 1955, they began a 49 year marriage that eventually took them to March AFB, Riverside, CA in 1969. After 20 years as a Navigator aboard KC-135’s refueling aircraft across the globe, including B-52’s, F-4’s, F-105’s, and a host of other aircraft including his personal favorite: the SR-71. Lt. Col. Mel Davis retired in 1972 and in 1975 began his 2nd career as a Pharmacist for Kaiser Hospital. From the early ’60’s thru the ’70’s, when available, Mel was quick to take the family on boating, camping, and fishing outings. In the mid ’60’s he began to explore Baja and the Sea of Cortez which began 40 years of adventure; he was going, coming from, or planning his next fishing trip to Mexico.