Written by Night For Vets on November 15, 2018. Posted in Gone But Not Forgotten 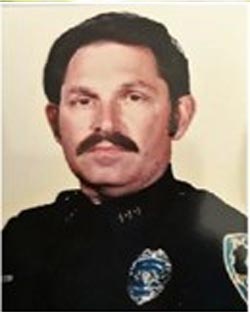 MERVIN (Merv) FEINSTEIN Age 82, of Riverside, California, passed away at home in the care of his loving wife and daughters, on November 8, 2018, after a long and valiant battle with cancer. Merv was born in Cleveland, Ohio on November 28, 1935 to Freda and George Feinstein. Merv is survived by his wife, Barbara; daughters Kimberly Marietta and Perri Feinstein Somody (Emery); grandchildren Amanda McCoid (Kenny), Blaze Portales, Lisa Pettit (Dean), Jennifer Marietta and Michelle Slomba (Steve); great grandchildren Olivia and Caden McCoid; nephew Robert Feinstein (Doi) and numerous cousins and friends. Merv was preceded in death by his parents Freda and George Feinstein and his brother James Feinstein (Yvonne).

Upon graduation from high school, Merv enlisted in the U.S. Air Force and was stationed in Hayward, California, where he met his wife Barbara at the local USO. He knew immediately she was the love of his life and they married in 1956. They welcomed two daughters Kim and Perri. In 1960, Merv completed his service with the military and the family moved to Riverside, where he became a Riverside Police Officer. During his service to the community, Merv was instrumental in the forming of the Aviation Unit and the obtaining of the first Bell Police Helicopters for the City of Riverside Police Department. Moving up the ranks, Merv retired as Assistant Chief of Police for the Riverside Police Department, in 1988, after 28 years of service.

Upon his retirement, he formed his own consultant business known as MDF Associates. Merv was a management and litigation consultant to municipalities, counties, the California Department of Justice and private law firms specializing in public sector labor issues and civil rights.

A published author, Merv wrote, reviewed or revised numerous policy manuals for law enforcement agencies throughout the state of California. He was a lecturer and/or teacher Internationally, for the Police Officers Standards and Training (POST), the California Police Officers Association, the State Sheriff’s Association, Board of Corrections, California State Universities, Universities of California, Community Colleges and Police Academies. Merv was a graduate of Pepperdine University Law School and the FBI National Academy. He loved to play the piano and saxophone. He also loved to sail.