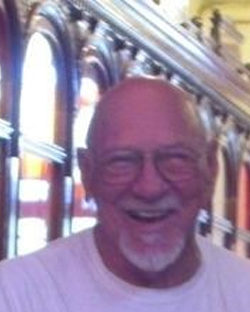 Michael E. Avooske, age 81, passed away peacefully at his home in Moreno Valley, CA, surrounded by his family on July 28, 2020. Michael was born to John and Mabel Avooske of Pinckneyville, Illinois on September 26, 1938. After graduation from high school, Michael joined the U.S. Navy and served on the USS Pine Island as a radio electronics technician. After leaving the Navy and serving as a reserve, he continued in radio electronics for both the State of California and then Los Angeles County, serving both police and fire departments. Michael received his Federal Communications Commission Operators License as well as his Bachelor of Science in Business Administration from California State University, Long Beach. Michael was devoted to his christian faith and attended the Moreno Valley United Methodist Church. He was involved in many aspects of the church and was always there to help others. Michael was very involved in his community as an ambassador to the Chamber of Commerce, helping out at the homeless shelter and always had bags of goodies in his car to hand out to homeless people he came across on the streets. Michael spent much of his free time during his life in competition shooting and traveled around the country for matches, winning many medals along the way. He was a member of The Corona Sportman’s Club, NRA and the American Legion Post 299 in Chino, California. Michael’s infectious smile and sense of humor was one of his best attributes and will be sorely missed by all those who knew him. He always made people laugh or smile everywhere he went. Michael is survived by his sister, Deanne Spencer (Jim) of Duquoin, Illinois, his 2 children, Deborah Wall of Chico, Calif and son, Bradley Avooske of Klamath Falls, Oregon, his partner of 7 years, Nina Navarro of Moreno Valley, his 3 granddaughters Jessica, Erin and Kara, and 3 great grandsons, Eli, Jason and Max.