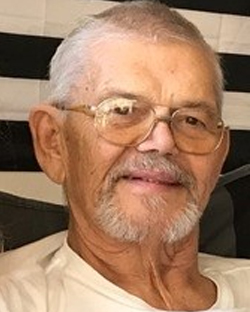 Michael (Mike) Powers Michael (Mike) Powers, who was 78 and resided in Alta Loma, CA, passed away on November 17, 2021, in the ICU at Foothill Presbyterian in Glendora due to an emergency surgery that resulted in complications from preexisting conditions. Mike graduated from Pomona Catholic High School where he was a football star and made lifelong friendships. In 1962 he proudly enlisted & served with the 101st Airborne Division in the U.S. Army earning many metals including a bronze, and aerial bronze metal. He spent the rest of his career at the California Youth Authority and TSA. He was a true Patriot, and it was important to him that he always serve his country in some capacity. Mike was a strong, kind, loving, supportive family man and friend. His wisdom allowed him to always find the good in every situation and person. He made a major positive impact on all who knew him and was deeply respected by all. Many referring to him as their "hero". Spending time with family, friends, and at the beach (particularly living in Maui for a year) were times that he was the happiest in. He was preceded in death by parents Walter and Edna Powers and siblings, Alice, Leslie, Jimmy, Mary, Jeanette. He is survived by his wife, Charlene, daughter Janet, granddaughter Sophia, stepson Bill (Cindy) and stepdaughter Camille, brother-in-law Donnie, sister-in-law Ginger (and siblings: Steven, Louise, and Richard along with over a dozen nieces and nephews. His unwavering love, integrity, and sense of humor will be in our hearts and memories forever. Gone but never ever forgotten.