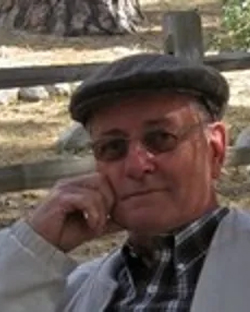 Apple Valley – Michael John Regan, 84, of Apple Valley, CA, passed away at home on February 4, 2022, of natural causes. Michael was born June 4, 1937 in Speed, Indiana. He attended St. Xavier High School in Louisville, Ky, and attended Indiana University, earning a Bachelor Degree in Science. After college, Michael attended officer candidate school for the United States Air Force. He completed Pilot/Navigator training and served over 20 years in the Air Force and Force Reserves. After his military service, Michael started a career in the financial services industry at Connecticut General, and eventually started his own financial planning business in the High Desert. Michael is survived by his wife, Nela, whom he was committed to for forty years, sons Kevin Regan, Jason Fundell, Dustin Fundell, and daughter-in-law Christine Fundell. He will be missed and forever known as "Pa" by his grandchildren. Michael was preceded in death by his sons Michael Regan Jr. and Nathan Fundell. Michael loved photography and reading any newspaper he could get his hands on.