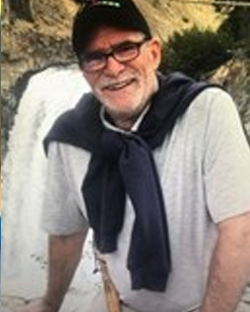 Mike Dunsmore of Michigan, a purple heart Vietnam Combat vet and a 40 year Inland Empire Resident was received into the arms of our Lord on July 26, 2019 at age 69. Mike served in the US Army in the 1st Cavalry Division during the 1968-1969 Tet Offensive in the A Sau Valley along the Ho Chi Minh Trail. First in reconnaissance missions and then as a helicopter door gunner.

After the war he moved to Phoenix, Az where he met the love of his life and future wife Evelyn. They moved to California and settled down in San Bernardino and started a family. He was a loving husband, father, brother, uncle and later a grandfather. He was also a beautiful father figure to many others and a ferocious protector of his family and friends.

He is survived by his wife Evelyn, son Dominic, daughter Heather, daughter-in-law Ashley, son-in-law Steve, grand children Daisy Mae, Nico, Michael, & Rea Rose. Sister Donna, brother Steve, sister-in-law Kathleen, brother-in-law Bret, many nieces and nephews, grand nieces and nephews and countless friends he considered family. "Remember the good times and walk over the bad," He would always say and, "Remember, Dunsmore does more than ya’ll does!" Until we meet again in the Glory of God you will be forever missed and never forgotten.