Written by Night For Vets on August 30, 2019. Posted in Gone But Not Forgotten 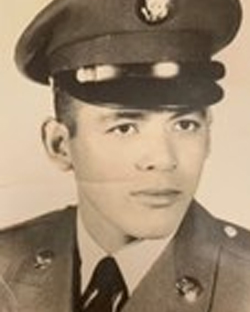 Ernie Enriquez was born on February 26, 1942 to Esperanza and Salvador Enriquez. He passed away on August 23, 2019. He was predeceased by his parents and sister Irma. He is survived by his son Anthony and wife Anna, son Christopher and wife Carol, his grandchildren Julie, Daniel and Kevin, sisters Anita, Vickie and Gloria and his brothers Manuel and Richard. He also leaves behind to cherish his memory his beloved companion Teri Aguilar, her daughters Diana, Debra, Annette, Lupe and son Anthony as well as many nieces, nephews and extended family. Ernie served his country in the United States Army from 1964 until 1966. He retired from the Rowland Unified School District after 32 years of service.