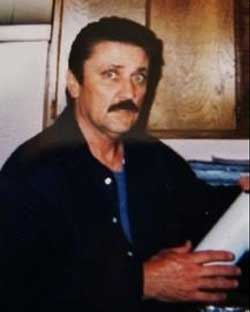 Nicholas Brinsky passed away on July 25, 2020 as a result of complications from dementia and Covid 19. He was born in Cleveland, Ohio on May 3, 1946. He attended Saint Anthony’s High School in Los Angeles, CA. Following graduation, he enlisted in the Air Force and served in the Philippines during the Vietnam War era. He was honorably discharged and attended Cal State Long Beach and graduated with a degree in Sociology. He began his long career with the Federal government as a postal carrier. He later became an agent for the IRS and finished his career as a Special Agent for the Department of Defense. He is survived by sons Justin and Nicholas Brinsky, sisters Martha Rode and Anna Marie Swack, niece Dee Dee Brown and family, and cousins Ian, Erin, Lauren and Amy. Nick was a past Post Commander at American Legion Post 79 in Riverside. One of his favorite pastimes was to sit at the end of the bar with his Kessler and 7 and listen to the big band songs that were still on the jukebox. He was an outstanding athlete excelling in both baseball and basketball. His true passion, however, was golf. He had a new swing every month and even though he never mastered the game, he loved it most of all for the camaraderie and sportsmanship. He was an individual of integrity, generosity and honesty who cared deeply for his Country and fellow man. He was most of all known for his wonderful sense of humor. He always had a joke or quip handy for friends and strangers alike. Whether the joke was good or bad, there was always a good laugh and it was usually his. He will be forever missed. We want to thank Diana and her staff at Huntington Terrace for the wonderful care, dignity and support that Nick received.