Written by Night For Vets on December 5, 2018. Posted in Gone But Not Forgotten 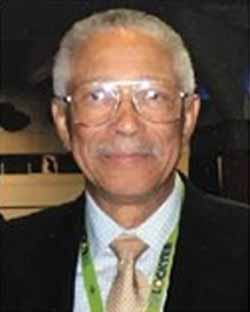 Our dear husband, father and grandfather, Norman Lee Langhorne, Sr., of Moreno Valley, CA, passed away suddenly on November 7, 2018, at the age of 82 years old. He was born to Earl and Alzata Langhorne on November 24, 1935, in Columbus, Ohio. He completed his high school education at East High School, in Columbus, Ohio, where he participated in academics and sports. In 1954, Norman enlisted in the United States Air Force. While in the Air Force, he worked in the operating room as a surgical technician, and later as a clinical instructor and administrator. He traveled to various state side locations, and served his country overseas in Greenland, the Philippines, and Japan. During his early life in the Air Force, he was married to Katrina Dawson, and raised three children.

Norman honorably retired from the Air Force as a Master Sergeant, after 22 years of service in 1976. After retirement from the military, Norman married Suzanne Hamilton, and they worked together for many years for Davita Dialysis. Norman also worked 12 years for Riverside Community Hospital.

After his final retirement, he became a more active member of his church, working with his wife, Suzanne, on special programs. Norman also participated in Democratic Party political activities in his community, at the national level. He had many hobbies, and enjoyed working around the house and yard. His hobbies included wood working, building model airplanes, and designing elaborate model railroad systems.

Norman is survived by his devoted and loving wife of 39 years, Suzanne; his sister Nancy Langhorne-Keels (husband, Patri); his son Mark (wife, Sherri); his daughter Janice; his son John Ferguson (wife, Jessica) and his grandson Jaxon. He was preceded in death by his eldest son, Norman Lee Langhorne ll.