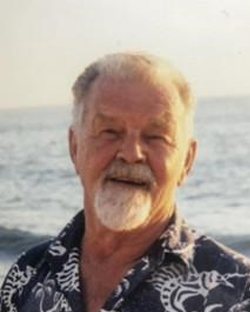 July 7, 1930 – March 4, 2022 Age 91, entered into Glory peacefully at his home in Jurupa Valley, CA. He was the third of six children born to Rev. Trygve F. Dahle and Agnes Dahle. Ole graduated from Oak Grove Lutheran High School in Fargo, N.D., and attended Augsburg College, in Minneapolis, MN. He served in the USN as a U.S. Navy Airman for four years, most of the time in Glynco Naval Station, in Brunswick, GA. After the Navy, he moved to California. Most of his working career was at Inland Moving & Storage (45 yrs). He retired in 2000. His first wife of 30 years, Susan Charbonneau Dahle, preceded him in death in 1998 from ALS. They had two daughters. Also preceding him in death were his parents, Rev. Trygve and Agnes, his brother Trygve Dahle II, and sisters Adelene Dahle and Norma Knutson. Ole married Beverly Barnes on January 31, 2004. They met at Magnolia Church where they were both members. Ole was in the choir and sang many solos. Ole is survived by his wife, Beverly Dahle, of 18 years, two daughters, Timmery (Kyle) Lindsey and Audrey (Chris) Kostka, six grandchildren, Jake and Lexci Lindsey, Macy (Alec) Hagerman, Christopher, Connor and Cameron Kostka, one brother, Ron (Esther) Dahle and one sister, Marge Zugschwert. He also has 8 stepdaughters, 23 step-grandchildren, and 31 step-great grandchildren.