Written by Night For Vets on April 17, 2020. Posted in Gone But Not Forgotten 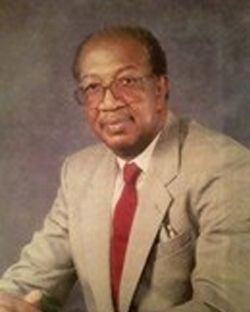 Oliver Bartholomew was born to Lionel and Cecile Bartholomew on March 28, 1938, in New Orleans, LA. After graduation from Lincoln High School in Marrero, LA, he served in the United States Air Force for 22 years. After retirement from the military, he moved to California and took a position as a college administrator for the California State University System. He later felt called to preach and became a licensed minister in 1985 and ordained in 1995. Prior to his death he served as Associate Minister at Grace Bethel Missionary Baptist Church in Riverside, CA where Reverend Everette Jones is the pastor. He passed away peacefully on March 28, 2020, his 82nd birthday after a long illness. He was preceded in death by his sons Alvin Bartholomew and Anton Bartholomew. He leaves behind his devoted wife of 61 years, Sarah Bartholomew and was survived by his grandchildren Morgan Bartholomew and Anton Bartholomew, Jr. He will be greatly missed by a host of family from California, Texas, Georgia, Louisiana and New York; his GLMBC family; his adopted godchildren and children; and countless friends.